Jeffrey Dudgeon MBE has been elected to serve as a councillor on Belfast City Council for the Balmoral District.

Jeff stood as a Ulster Unionist Party (UUP) candidate and was one of five councillors elected for the district. 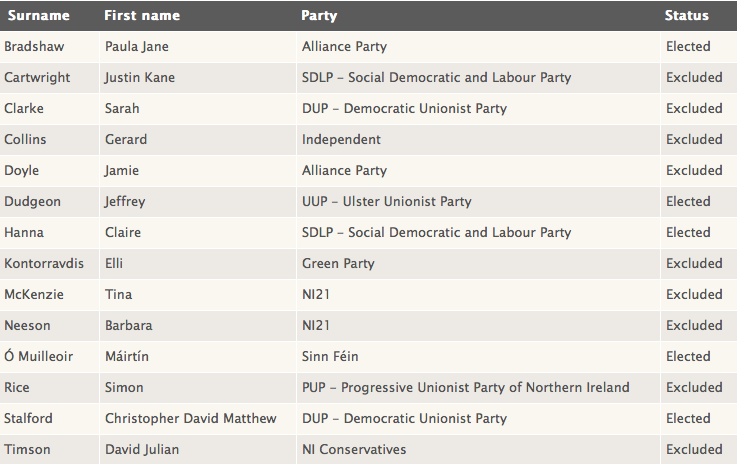 The Belfast News Letter last week reflected on the recent poor election performance of the UUP in Belfast and speculated about whether new candidates such as Jeff, with a public profile, would be capable of mounting a comeback.

Clearly, Jeff's public profile, as a stalwart campaigner for lesbian and gay rights, was appealing to the the electorate of Balmoral.

Many congratulations to Jeff!