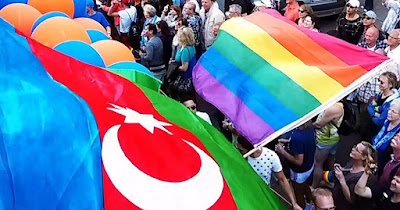 The Fifth Section of the European Court of Human Rights has communicated the case of A and 24 Others v Azerbaijan.

The case concerns allegations of serious ill-treatment of 25 people by the police solely on the basis of sexual orientation.

This is the first case concerning sexual orientation discrimination in Azerbaijan to have been communicated by the Court.

In September 2017, police in Azerbaijan, as reported by Human Rights Watch, conducted a violent campaign, arresting and torturing men presumed to be gay or bisexual, as well as transgender women.

Police in Baku, Azerbaijan’s capital, reportedly "detained dozens of people on dubious charges, beating and using electric shocks on some of them to coerce bribes and information about other gay men".

Government officials are said to have "not denied the crackdown" but to have "attempted to justify it on spurious morality and public health grounds".

The applicants in this case are members of the LGBT community who were arrested during the police raids in mid-September 2017.

The complaints to the Court

The applicants complain that their arrest and subsequent administrative detention were unlawful and arbitrary, and based solely on their actual or perceived sexual orientation.

They further argue that they were ill-treated by police officers and custodial staff and that the relevant authorities failed to conduct an effective investigation into their alleged ill-treatment.

The applicants also complain that they were subjected to forced medical examinations during their detention.

The Court has asked the Parties the following question, in respect of Articles 3, 5, 6, 8 and 14 of the Convention:
The Court has also requested that the Government submit copies of all documents relating to the proceedings concerning the applicants’ arrest and administrative detention (including the documents concerning the applicants’ medical examination, their lawyers’ requests (if any) for such examination to be carried out, and the copy of the Baku Court of Appeal’s decision of 29 September 2017 in respect of a case brought by one of the applicants.