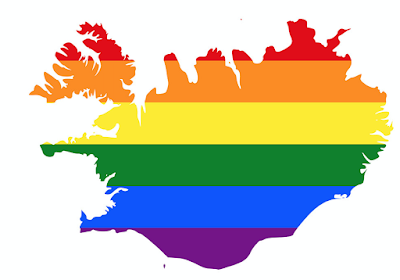 The Second Section of the European Court of Human Rights has published its decision in the case of Carl Jóhann Lilliendahl v Iceland, in which it unanimously declared the application inadmissible.

The case, brought by a 74-year-old man, concerns a conviction in Iceland for anti-gay expression.

In April 2015, the municipal council of the town of Hafnarfjörður, Iceland, approved a proposal to strengthen education and counselling in elementary and secondary schools on matters concerning those who identify themselves as lesbian, gay, bisexual or transgender.

This was to be done in cooperation with the national LGBT association, Samtökin ‘78.

The decision was reported in the news and led to substantial public discussion, including on the radio station Ú.S. and on a subsequent online news article where one of the initiators of the proposal, Mr. Ó.S.Ó., criticised the radio show for what he described as allowing people to phone in and express “clear prejudice and hate speech” without criticism from the show’s host.

Mr Lilliendahl, the applicant in this case, wrote the following online comments in response to hearing the announcement:

We listeners of [Ú.S.] have no interest in any [expletive] explanation of this kynvilla [derogatory word for homosexuality, literally ‘sexual deviation’] from [Ó.S.Ó.]. This is disgusting. To indoctrinate children with how kynvillingar [literally ‘sexual deviants’] eðla sig [‘copulate’, primarily used for animals] in bed. [Ó.S.Ó.] can therefore stay at home, rather than intrude upon [Ú.S.]. How disgusting.

Samtökin ‘78 reported Mr Lilliendahl's comments to the Reykjavík Metropolitan Police, claiming it violated Article 233(a) of the General Penal Code No.19/1940 which states:

Anyone who publicly mocks, defames, denigrates or threatens a person or group of persons by comments or expressions of another nature, for example by means of pictures or symbols, for their ... sexual orientation ... or disseminates such materials, shall be fined or imprisoned for up to 2 years.

In December 2017, the Supreme Court, overturning a judgment of the District Court, convicted Mr Lilliendahl, sentencing him to a fine of 100,000 Icelandic krónur (approximately 800 euros at the time).

Mr Lilliendahl complained under Article 10 of the Convention that his conviction had violated his freedom of expression.

Furthermore, Mr Lilliendahl complained under Article 14 in conjunction with Article 10 that he did not enjoy freedom of expression equally to persons with other opinions.

Decision of the Court

Before considering Mr Lilliendahl's complaints, the Court considered whether it should dismiss the application on the grounds that it was incompatible with Article 17 of the Convention. Article 17 was potentially applicable because it provides:

Nothing in [the] Convention may be interpreted as implying for any State, group or person any right to engage in any activity or perform any act aimed at the destruction of any of the rights and freedoms set forth herein or at their limitation to a greater extent than is provided for in the Convention.

The question for the Court was whether Mr Lilliendahl's statements sought to stir up hatred or violence and whether, by making them, he attempted to rely on the Convention to engage in an activity or perform acts aimed at the destruction of the rights and freedoms laid down in it.

To answer this question the Court relied upon its judgment in Perinçek v Switzerland (§ 114) in which it held that Article 17 is only applicable on an exceptional basis and in extreme cases and, in cases concerning Article 10, it should only be resorted to if it is immediately clear that the impugned statements sought to deflect this Article from its real purpose by employing the right to freedom of expression for ends clearly contrary to the values of the Convention.

The Court decided that Mr Lilliendahl's statement could not be said to reach the high threshold for applicability of Article 17. The Court stated:

Although the comments were highly prejudicial ... it is not immediately clear that they aimed at inciting violence and hatred or destroying the rights and freedoms protected by the Convention (§ 26).

On this basis, Mr Lilliendahl could invoke Article 10 and the Court was required to decide whether his conviction was compliant with it.

The Court recognized that Mr Lilliendahl's conviction undoubtedly constituted an interference with his freedom of expression, that the restriction placed on him was prescribed by law, and pursued the legitimate aim of protecting the rights of others.

In considering whether the restriction was necessary in a democratic society, the Court examined the reasoning of the Supreme Court of Iceland that had convicted Mr Lilliendahl and concluded that it had taken into account the Court’s relevant case-law and acted within its margin of appreciation. Furthermore, the Supreme Court’s assessment of the nature and severity of the comments was not manifestly unreasonable and it had adequately balanced Mr Lilliendahl's personal interests against the more general public interest in the case encompassing the rights of gender and sexual minorities.

Recalling the principle of subsidiarity - which means that it is not for the Court to substitute its own assessment of the merits for that of the Supreme Court - the Court could find no strong reasons to reach a different conclusion to the national authorities.

The Court therefore decided that the complaint under Article 10 was manifestly ill-founded and rejected it.

The Court reached the same conclusion in respect of Mr Lilliendahl's complaint under Article 14 in conjunction with Article 10 deciding that, there being no appearance of a violation of these provisions, the complaint was manifestly ill-founded and rejected it.

The most striking aspect of the Court's decision is its approach to considering the expression of "hatred" against people on the grounds of sexual orientation.

The Court appears to have developed its approach to how it designates "hate speech" directed at sexual minorities. Eight years ago, in a case very similar to this one, the Court described anti-gay expression as “serious and prejudicial allegations” but stopped short of describing it as "hate speech" (Vejdeland v Sweden, § 54).

The Court has now clarified its position on hatred, stating that it now recognizes that "hate speech" falls into two categories: the first category is the gravest forms of hate speech, which the Court considers to fall under Article 17 and are excluded entirely from the protection of Article 10; the second category is comprised of "less grave" forms of hate speech which the Court does not consider to fall entirely outside the protection of Article 10, but which it considers permissible for the Contracting States to restrict.

Applying this categorisation to the case, the Court agreed with the Supreme Court’s assessment that Mr Lilliendahl's comments were “serious, severely hurtful and prejudicial” and, as such, fell clearly under the second category of "hate speech".

The clear designation of Mr Lilliendahl's comments as "hate speech" is to be welcomed. As the Court noted, Mr Lilliendahl was promoting "intolerance and detestation of homosexual persons" (§ 38) and, therefore, it is appropriate to describe this explicitly as "hate".

From a case law perspective, this decisively moves the Court's jurisprudence beyond the Vejdeland judgment, which created uncertainty as to whether anti-gay expression was, in fact, hate speech and raised questions about whether it should be treated as such for the purposes of examining freedom of expression claims under the Convention.

The Court has also moved beyond the Vejdeland judgment in another important way by stating that, whilst Mr Lilliendahl's comments were made "as a member of the general public not expressing himself from a prominent platform likely to reach a wide audience", and "not directed, in particular, at vulnerable groups or persons", his comments still amounted to "hate speech" (§ 39). This decisively moves the Court beyond the position established in Vejdeland in which the manner of delivery of anti-gay expression was central to classifying it and, ultimately, determining whether it received the protection of Article 10.

What is less welcome is the Court's decision not to place Mr Lilliendahl's comments in the first category of hate speech. I am not convinced by the Court's conclusion that Mr Lilliendahl's comments should not be classified as a "grave" form of hate speech that should fall under Article 17 and, as a consequence, outside of the sphere of protection which the Convention offers.

In my view, Mr Lilliendahl's comments could be argued to constitute an extremely grave form of hatred against gay people. Mr Lilliendahl described homosexuality as sexual deviation akin to sex between non-human animals, and any public discussion of it to be disgusting and an indoctrination of children.

As such, it could plausibly be argued that Mr Lilliendahl's use of Article 10, to defend his statements, was an attempt to, as the Court would put it, "deflect this Article from its real purpose by employing the right to freedom of expression for ends clearly contrary to the values of the Convention". In other words, Mr Lilliendahl could be said to be attempting to use Article 10 to allow him to destroy or limit the rights and freedoms of others and, in accordance with Article 17, should not be able to invoke Article 10 to protect himself.

Obviously, one of the oldest established principles of the Court is that freedom of expression constitutes one of the essential foundations of a democratic society and "is applicable not only to 'information' or 'ideas' that are favourably received or regarded as inoffensive or as a matter of indifference, but also to those that offend, shock or disturb the State or any sector of the population" - these are the "demands of that pluralism, tolerance and broadmindedness without which there is no 'democratic society'" (Handyside v the United Kingdom, § 49).

However, the Court has also held that the “abuse of freedom of expression is incompatible with democracy and human rights and infringes the rights of others” (Witzsch v Germany).

Clearly, the Court must carefully search for where the line is drawn between the right to freedom of expression and expression deemed to be an abuse of that freedom. In my view, if a person is describing gay people in the way Mr Lilliendahl did, they are engaging in expression which is not merely offensive, shocking or disturbing but is actually destructive of the rights of others.

My view is that the Court needs to more robustly justify why it does not consider statements like those made by Mr Lilliendahl to constitute the most grave forms of hatred. We live in a time when, by virtue of mass communication and social media, gay people are, on a daily basis, described in the terms that Mr Lilliendahl used, as sub-human animals. The widespread prevalence of such claims, and the fact that they are commonplace in European societies, should not result in them being accepted as low grade hate speech. Such claims, on the contrary, are a key way in which endemic homophobia is sustained and gay people are routinely excluded from fully participating in society.

The Court is now obviously prepared to decisively reject Article 10 claims by those who engage in anti-gay hate speech, and it is noteworthy that it has done so in this case at the admissibility stage, thereby denying Mr Lilliendahl a full consideration of the merits. But why not take the next step and declare, under Article 17, that Mr Lilliendahl was, in fact, using Article 10 as a cloak to protect himself and his ambition to limit the rights and freedoms of gay people?

This is not a narrow legal point. If the Court took a much stronger approach to classifying anti-gay speech as hatred that cannot attract the protection of Article 10, this would encourage Contracting States to more robustly regulate such speech.