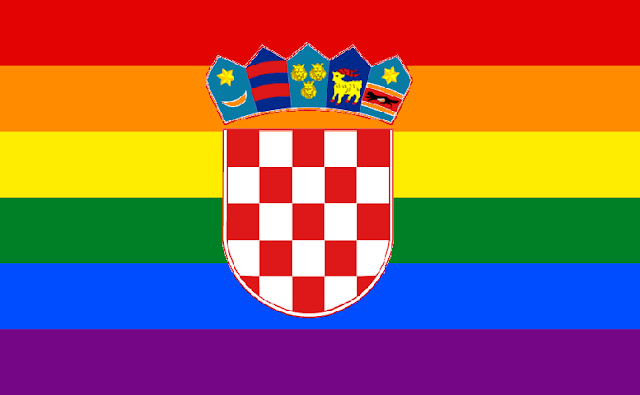 The First Section of the European Court of Human Rights has today given its judgment in Sabalić v Croatia. The case concerns Ms Pavla Sabalić's complaint about a lack of an appropriate response of the Croatian authorities to a homophobic act of violence against her.

On 13 January 2010, Ms Sabalić was physically attacked in a nightclub in Zagreb where she was with several of her friends. The attack ceased only after one of the Ms Sabalić’s friends used her gas pistol to frighten off the attacker. The police report records the incident as follows:

"While they were in the nightclub [Ms Sabalić] was approached by an unidentified man who started flirting with her but she was constantly refusing him. After the nightclub closed they were all standing in front of it and the man continued pressing [Ms Sabalić ] to be with him. When she said that she was a ‘lesbian’ he grabbed her with both of his arms and pushed her against a wall. He then started hitting her all over her body and when she fell to the ground he continued kicking her.”

The Zagreb Police Department was informed of the incident and two police officers immediately responded at the scene. The police soon identified the man as M.M. through the licence plates of a car he had used for fleeing from the scene. He was immediately apprehended and interviewed.

Ms Sabalić was examined in the accident and emergency department. The examination indicated a contusion on the head, a haematoma on the forehead, abrasions of the face, forehead and area around the lips, neck strain, contusion on the chest and abrasions of both palms and knees. The injuries were qualified as minor bodily injuries.

Following the incident the police interviewed Ms Sabalić and M.M., and the other participants in the event in connection with M.M.’s physical attack.

After having realised that the police had failed to institute a criminal investigation, Ms Sabalić lodged a criminal complaint with the Zagreb Municipal State Attorney’s Office against M.M. for the offences of attempted grave bodily injury, motivated by hate crime, and the criminal offence of discrimination.

On the basis of Ms Sabalić's criminal complaint, the State Attorney’s Office ordered the police to investigate the allegations. This led to rulings by the domestic courts that M.M. had already been prosecuted and no further action would be taken.

Complaint to the Court

Ms Sabalić complained of a lack of an appropriate response of the domestic authorities to the act of violence against her, motivated by her sexual orientation. She relied on Articles 3, 8 and 14 of the Convention.

The Court stated that the treatment suffered by Ms Sabalić, which was "directed at her identity and undermined her integrity and dignity" (§ 70), must necessarily have aroused in her feelings of fear, anguish and insecurity reaching the requisite threshold of severity to fall under Article 3 of the Convention. On this basis, the Court found Article 3 of the Convention applicable to Ms Sabalić's complaints.

The Court recalled the established principles of its case-law on Articles 3 and 14 of the Convention concerning the State’s procedural obligation when confronted with cases of violent incidents triggered by suspected discriminatory attitudes, including those relating to the victim’s actual or perceived sexual orientation.

In applying its established general principles, the Court noted that at the relevant time the domestic legal system provided protection to individuals from hate motivated violence, including crime motivated by the victim’s sexual orientation. However, the Court felt it did not need to examine the domestic legal framework since Ms Sabalić did not complain specifically in that respect. Rather, Ms Sabalić's complaint was of a procedural nature relating to a lack of an appropriate response of the domestic authorities to the violent hate crime against her.

Focusing on the procedural aspect of the State’s obligations, the Court observed that following the physical attack against Ms Sabalić in the nightclub the police immediately responded at the scene and that, at the initial stages of the proceedings, the domestic authorities were confronted with prima facie indications of violence motivated or at least influenced by Ms Sabalić’s sexual orientation.

The Court observed that the minor offences proceedings did not in any manner address the hate crime element to the physical attack against Ms Sabalić nor was M.M. indicted or convicted of any charges related to violence motivated by discrimination. The Court stated that it could not "overlook the fact that M.M.’s sentence in the minor offences proceedings was manifestly disproportionate to the gravity of the ill-treatment suffered" by Ms Sabalić (§ 110).

The Court stated that both the failure to investigate hate motives behind a violent attack and failure to take into consideration such motives in determining the punishment for violent hate crimes amounted to “fundamental defects”. The domestic authorities failed to remedy the impugned situation and, in particular, they failed to offer Ms Sabalić the appropriate redress.

The Court therefore unanimously found "that by instituting the ineffective minor offences proceedings and as a result erroneously discontinuing the criminal proceedings on formal grounds the domestic authorities failed to discharge adequately and effectively their procedural obligation under the Convention concerning the violent attack against the applicant motivated by her sexual orientation" (§ 115). On this basis, there had been a violation of Article 3 under its procedural aspect taken in conjunction with Article 14 of the Convention.

Judge Wojtyczek raised the concern that, in essence, the Court had implicitly established – whether or not it so intended – that M.M. committed an act which may be characterised as a criminal offence, that M.M. is guilty of this offence, and that a much more severe punishment should have been imposed upon him by the domestic courts. Judge Wojtyczek stated that this raised serious questions about M.M.’s fundamental rights.

This is an important judgment which further evolves the Court's jurisprudence on the interplay between Article 3 and Article 14 of the Convention in respect of hate crime committed on the basis of sexual orientation. It restates the principle that states are under a procedural obligation to investigate hate motives behind a violent attack and to take into consideration such motives in determining the punishment for violent hate crimes. It specifically establishes that states must use the most appropriate criminal law to deal with such serious offences of hatred on the grounds of sexual orientation, and not "downgrade" them to minor offences.

Establishing that discrimination against individuals on the grounds of sexual orientation is a violation of Article 3 is important. Article 3 is an absolute right and, as such, provides no qualifications that can be utilised by a state to justify treating people differently on the grounds of sexual orientation. I have argued that Article 3 should be utilized more widely to address degrading treatment suffered by gay people, including failures by the state to provide adequate recognition of same-sex relationships (see here).

Today's judgment is an important reminder of the value of Article 3 of the Convention in holding national authorities to account in respect of their duty to combat hate crimes directed at people on the basis of their sexual orientation.