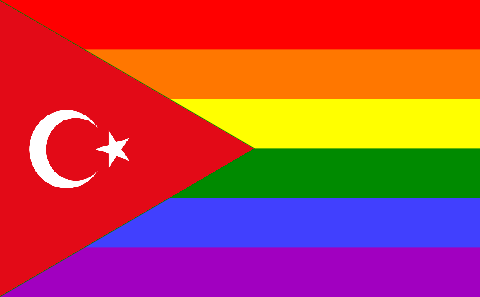 The Second Section of the European Court of Human Rights has issued its decision in Lambdaistanbul LGBT Solidarity Association v Turkey, declaring the application inadmissible.

The case concerns the search of the premises of Lambdaistanbul LGBTI Solidarity Association ("the Association") by the police and the seizure of certain documents.

In March 2008, the Istanbul Prefecture and the Police Department received an email from an individual accusing the Association of "lending its premises for the prostitution of persons presented as transvestites".
On this basis, the police set up surveillance of the premises. The surveillance reported that people, presented as transvestites, often entered and left these premises.

As a result, authorisation was sought for police officers to carry out a search of the Association premises.

When the search ended the president of the Association was asked if any damage had been caused and replied in the negative. Several Association books, including a book for registering documents, a book of decisions, an inventory book, an expenses book, an income book, a membership book, as well as a document folder and an account book, were seized and retained.

Subsequently, the Association wrote to the authorities requesting the return of the documents which had been seized, and these were returned following an investigation of them.

The Association took action in the domestic courts, claiming that the search carried out on its premises was illegal. The Association claimed that "it was normal for transvestites and transsexuals to enter and leave her premises, given its purpose". This action was unsuccessful.

The Association submitted a request to the public prosecutor to obtain the investigation file. The Association said it wanted to take legal action against the officials who took part in the seizure of the documents, believing it to be contrary to law. According to a letter from the Interior Ministry on 4 January 2019, no complaint was filed.

Relying on Article 8 of the Convention, the Association complained that it was searched without legal reason and its documents seized. The result of this, claimed the Association, was that "LGBT people were afraid to come to the premises".

Relying on Article 14 of the Convention, the Association further alleged that the reason for the search was discriminatory in that it was based on the fact that "transvestites and transsexuals entered and left its premises".

Decision of the Court

The Court emphasised that, in the context of the fight against crime, States may consider it necessary to have recourse to certain measures to establish physical evidence of offences and to prosecute them where appropriate.

In the present case, the Court noted that the search in issue, undertaken following a report of an offence, was provided for by domestic law and pursued a legitimate aim within the meaning of Article 8 § 2 of the Convention, namely the prevention of crime. It was ordered by a judge and was intended to collect evidence in relation to the allegations made against the leaders of the Association as to their involvement in illegal activities.

The search had taken place in the presence of the president of the Association and an employee, and no damage was caused. The Court concluded that there was nothing to suggest that the search was not a means reasonably proportionate to the pursuit of the legitimate aim pursued.

The Court noted that the Association was able to lodge a judicial appeal against the disputed search and put forward its arguments. No criminal proceedings were instituted following this search and all the documents seized by officials were returned to the Association.

The Court reject privacy concerns regarding the content of the seized documents. It stated that only individuals whose details were mentioned in those documents could be affected, and not the Association itself which had brought the case before the Court in its own name.

The Court observed that the Association had not shown that its activities were actually affected or hampered by the search. Apart from its statements, formulated in general terms, it had not submitted any document or any specific information capable of supporting or illustrating that LGBT people have ceased to visit its premises, that the number of its members had decreased, or that it had to postpone some activities.

This is a worrying decision by the Court that raises a number of questions.

First, given that the search of the Association's premises was based on a complaint to the police about the use of the premises by transvestites, and the subsequent police surveillance that determined that transvestites often entered and left the premises, the Court could have spent more time investigating the issue of discrimination. Discrimination is relevant here in two ways: first, the possible discriminatory motives of the original complaint to the police, and second, the possible discriminatory motives of the police and other authorities that acted upon the complaint and the police surveillance.
In this respect, the Association had submitted that "homophobia and transphobia exist in Turkey including among civil servants", that "LGBT people in Turkey are [...] victims of discrimination and violence", and that "national bodies participate in this violence". Why, then, did the Court not pay more attention to the obvious fact that the basis for the police activity was that, as the Association put it, "transvestites and transsexuals entered and left its premises"? The government argued that the domestic authorities acted "without discrimination" but, if that was the case, why was the fact that the people under suspicion were trans relevant to both the original complaint to the police and the surveillance intelligence on which the police based their decision to conduct the search? The Court should have required the government to more robustly explain why the focus on trans people was not a decisive factor in the decision-making of the domestic authorities and, therefore, did not amount to discrimination.
Second, the Court's rejection of the privacy concerns raised about the seized documents is problematic. The documents could have contained sensitive information relating to individuals connected to the Association. In a society, which the Association has told the Court is homophobic and transphobic, these privacy issues become heightened. The Court paid no attention to the future potential harm to individuals whose personal details could now be known to the (reportedly homophobic and transphobic) domestic authorities.

Third, the Court appears to have placed an onerous burden on the Association in its demand for data to support its claim that the search caused disruption to its activities. However, is it really possible for an organisation of this kind to quantify and capture the "fear" that may have been caused in its members by the police activities? Is it really possible for the effects of homophobia and transphobia to be rendered into documented evidence in the way the Court demands? Whilst the Court might be right to seek additional evidence of the claimed disruption, it is problematic to place an unreasonable burden on applicants, at the admissibility stage, to prove the chilling effects that police investigations of this kind have.

Finally, it is concerning that decisions like this are being taken by a Committee. Committee formations comprise only three judges, and their admissibility decisions are final. Is this really all this case deserved?