'Homosexuality and the European Court of Human Rights' published in paperback 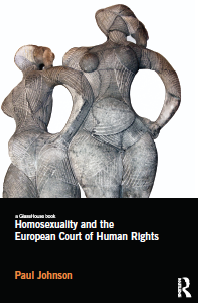 I'm pleased to say that my book, Homosexuality and the European Court of Human Rights, has now been issued by Routledge in a revised and updated paperback edition.

The paperback differs from the previous hardback in two key ways:

First, it includes a new preface which gives an overview of the Court's jurisprudence relating to sexual orientation between early 2012 (when the book originally went to press) and January 2014.

Second, the chronological table of cases at the end of the book has been updated to January 2014 and, furthermore, I have revised its approach.