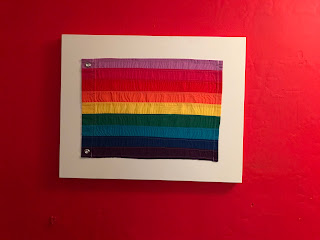 Here is my annual round-up of cases concerning sexual orientation discrimination that were considered by the European Court of Human Rights this year, along with some other comments and information.

The Court's year in review

In January, the Court declared the application in M.B. v Spain, which concerned a complaint by a lesbian asylum seeker resisting deportation to Cameroon, partly inadmissible and struck out the remainder. The Court also declared inadmissible the application in H.A. and H.A. v Norway in which one of the applicants sought to resist his deportation to Iran because, among other reasons, his father had alleged that he was homosexual.

In February, the Court upheld complaints brought by a number of gay rights activists in Lashmankin and Others v Russia about refusals to allow them to hold a number of "gay pride" and other events. The Court also upheld the complaint in Rubio Dosamantes v Spain, finding that Spanish authorities had failed in their positive obligation to protect the applicant - a pop singer who is famous in Spain - from remarks made on television about her (homosexual) sexual orientation.

In March, the Court struck out Hörmann and Others v Austria which concerned discrimination in respect of the premises in which couples could marry or form a registered partnership.

In June, the Court held in Bayev and Others v Russia that "homosexual propaganda" laws in the Russian Federation are in violation of the Convention.

In October, the Court held in Ratzenböck and Seydl v Austria that denying a different-sex couple the opportunity to enter into a registered partnership (a legal institution exclusively reserved for same-sex couples) does not amount to a violation of the Convention.

In December, the Court held in Orlandi and Others v Italy that Italy violated the Convention by refusing to give some legal recognition to same-sex couples married abroad.
The best of the year

One of the Court's strongest endorsements of sexual orientation equality this year can be found in Bayev and Others v Russia in which the Court found that laws in the Russian Federation designed to suppress public discussion of homosexuality amount to a violation of the Convention. The Court stated that "by adopting such laws the authorities reinforce stigma and prejudice and encourage homophobia, which is incompatible with the notions of equality, pluralism and tolerance inherent in a democratic society". Moreover, the Court considered such laws to perpetuate and reinforce ideas about "the inferiority of same-sex relationships compared with opposite-sex relationships" and, therefore, express "a predisposed bias on the part of the heterosexual majority against the homosexual minority".

The worst of the year

In another case, Bayev and Others v Russia, Judge Dedov also made some remarks which some said were "outrageously homophobic" and "indefensible to the Western mentality".

As I argued here, the expression of "homophobic" ideas in the Court is not uncommon and Judges Dedov, Pejchal and Wojtyczek are merely the latest in a long list of Strasbourg judges and former commissioners who have publicly expressed their antipathy for same-sex relationships. I think we should thank them for "coming out" with their views, because they have provided those of us who aim to eliminate discrimination based on sexual orientation, by way of the European Convention on Human Rights, with a useful reminder: not all those in Strasbourg share our aspirations.

In the time since I began this blog in February 2013, the stats page has recorded a total of 190,545 page views (which is 57,743 more since this time last year). Here is a list of the top ten countries by page views of all time: 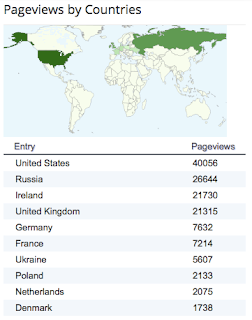 My work this year

This year I was pleased to make a podcast available from the "Going to Strasbourg" oral history project.

I published the following academic articles:

I published the chapter "Beliefs about the European Court of Human Rights in the UK Parliament" in the book Law in Popular Belief: Myth and Reality.

Dr Silvia Falcetta, Professor Robert Vanderbeck and I published the report "Religious marriage of same-sex couples: A report on places of worship in England and Wales registered for the solemnization of same-sex marriage".

With Dr Silvia Falcetta I completed research on the utility of Article 3 of the Convention for addressing discrimination on the grounds of sexual orientation that will be published in European Law Review soon.

Shorter pieces of writing include an article in the Huffington Post on the so-called "Turing Pardons", an article on the European Courts website regarding whether the Strasbourg Court will solve the conundrum of same-sex marriage in Northern Ireland, and the text of a "Pint of Science" talk on gay rights as human rights.

Thanks very much and Happy New Year

I want to thank everyone who has read this blog over the year for their interest. Many thanks indeed to those of you who have written to me personally - it is always great to hear from you.

I wish you all a very happy, a very peaceful, and a very prosperous 2018.