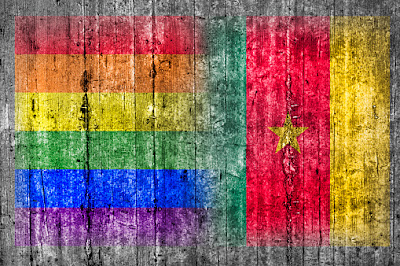 The Fifth Section of the European Court of Human Rights has struck out the application made by a gay asylum seeker resisting deportation from France to Cameroon, where same-sex sexual acts are a criminal offence.

The applicant, Mr M.T., is a Cameroonian national who was reported to the police by his family in Cameroon for having a same-sex relationship and then driven from the family home. The applicant travelled to France where he was placed in administrative detention and ordered to leave the country without delay.

The French Office for the Protection of Refugees and Stateless Persons rejected Mr M.T.'s application for refugee status. Mr M.T. complained to the European Court of Human Rights which, under Rule 39 of the Rules of Court, ordered the French authorities not to send Mr M.T. back to Cameroon while it examined the case.

Relying on Article 3 of the Convention, Mr. M.T. complained that he would be exposed to a risk of ill-treatment in the event of his return to Cameroon. The Court communicated the complaint in February 2017.

Action by the Court - a series of unanswered letters

After receiving the French government's observations on the admissibility and merits of the complaint, the Court sent these to Mr M.T.'s representative and invited him to submit his observations in reply. This letter remained unanswered.

The Court then sent Mr. M.T., for information, a letter from the government concerning the comments of third parties. This letter also remained unanswered.

By registered letter in January 2018, the Court informed Mr M.T.'s representative that the time limit for the submission of his observations had lapsed and that he had not asked for an extension. The Court further stated that it could strike the application out, if the circumstances suggested that the applicant did not intend to maintain it. This letter remained unanswered.

Decision of the Court, and why it is a problem

The Court decided that, in light of the unanswered letters, that Mr. M.T. no longer intended to uphold his application and, for this reason, struck the application out (pursuant to Article 37 § 1(a) of the Convention).

Whilst this decision may seem reasonable, given that the Court had lost touch with Mr. M.T., the Court could have taken a different decision. It could have decided, under Article 37 of the Convention, that it would "continue the examination of the application [because] respect for human rights as defined in the Convention and the Protocols thereto so requires". The reason that the Court might have taken that decision is because it would have provided an opportunity to consider, on the merits of the case, whether ordering a gay man to return to a country that criminalises same-sex acts amounts to a violation of Article 3 of the Convention.

The fact that the Court did not pursue this option should be seen in the wider context of its case law, in which it has continually refused to uphold complaints against Council of Europe states that seek to deport gay men and lesbians to countries that criminalise homosexual acts and, in some cases, punish them with death.

In my view - by virtue of the fact that the Court states that in this case there is an "absence of special circumstances relating to the respect of [human] rights" that would justify continuing its examination - this decision can take its place in the shameful history (which I detailed here) of the Court's approach to gay asylum seekers.