65 years since the ECHR came into force, and 65 years of struggle to gain "gay rights" under the ECHR 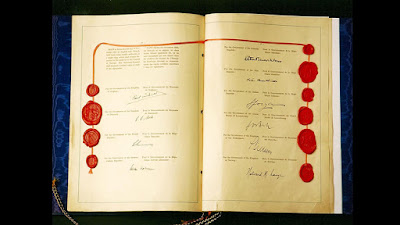 Today marks the 65th anniversary of the European Convention on Human Rights entering into force. It is highly appropriate that the Council of Europe should celebrate this significant day, with the Secretary General, Thorbjørn Jagland, calling the Convention "a unique safety net protecting more than 830 million people".

As someone who spends a lot of time researching and writing about the Convention in relation to sexual orientation discrimination, I know very well the protection that the Convention has provided to gay and lesbian people in Europe since the 1980s. Such protection is continually evolving, providing new ways of guarding against different forms of discrimination based on sexual orientation. This should be celebrated (over and over again).

A few years ago this short film detailed the amount of time it took the Convention organs to recognise different types of sexual orientation discrimination as a violation of the Convention. As the examples show, sometimes it takes a very long time... 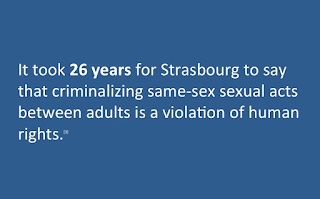 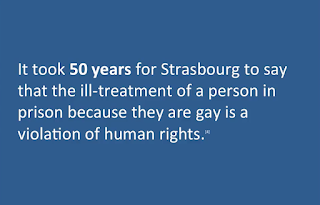 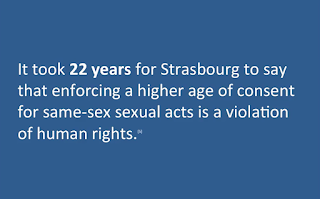 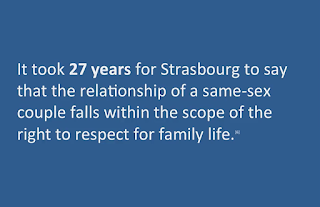 Gay rights evolve under the Convention largely as a result of two things:

1. Ordinary men and women - brave people - take complaints to the European Court of Human Rights and, assisted by legal representatives, and sometimes NGOs, try to persuade Strasbourg judges to recognise the discrimination they experience as a violation of the Convention. This takes a lot of time, a lot of courage, and a lot of patience. Cases often fail. But by "chipping away", as Mary Simpson described it in an oral history interview I conducted with her about a failed but significant case in Strasbourg, arguments are developed that might later "win the day"

2. Individuals within the Council of Europe raise their voices above the accepted discourse on human rights and advocate an expansion of gay and lesbian rights. Sometimes this involves individuals taking the risk of advocating something that their peers find unacceptable. One such person, in this respect, was Joop Voogd who, as I outlined here, in the 1970s was almost a lone voice for gay and lesbian rights in the Parliamentary Assembly of the Council of Europe.

These two things need to keep happening if gay and lesbian rights are to be fully realised under the Convention. For instance, complaints to Strasbourg about the exclusion of same-sex couples from marriage in many European countries need to continue to be made, and members of the Council of Europe need to urge the Court to recognise this as discrimination in violation of the Convention.

The Convention is a wonderful thing. Everyone should hold it dear. And on anniversary days like today, people - particularly those people suffering discrimination not yet recognised by the Court to be a violation of the Convention - should remember the Council of Europe's own message: 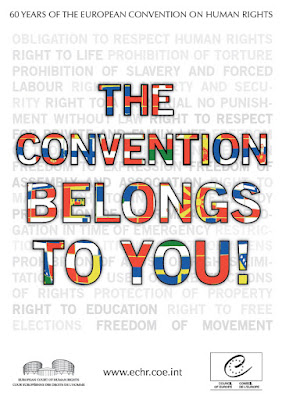