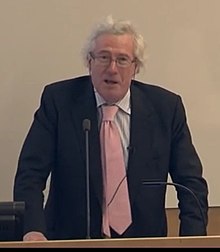 Jonathan Sumption, in his Reith Lecture “Human Rights and Wrongs”, attempts to persuade us that the European Court of Human Rights has usurped the power of democratically elected governments by way of an ever expanding interpretation and application of the European Convention on Human Rights. Sumption claims that the Court is continually adding rights, in areas that should be left to governments to legislate in, by interpreting the Convention in ways that it was never intended to do so.

This is not the first time that Sumption has made such claims. Back in 2016, Sumption argued that the Court was “the international flag-bearer for judge made fundamental law extending well beyond the text which it is charged with applying”. Sumption’s claims chime with the idea, popularized by some politicians, that Strasbourg judges routinely exceed their authority in order to impose changes on and meddle with law in the UK and, in doing so, “abuse” human rights.

If you are a gay or lesbian person reading this, you might be particularly irked by Sumption’s remarks. And if you are irked, it’s probably because you know that, whilst the Strasbourg Court has certainly played an important part in bringing about changes to UK laws that once discriminated against people on the grounds of sexual orientation, the Court has also frequently adopted a conservative interpretation of the Convention and, much to the disappointment of gay men and lesbians, rejected complaints about sexual orientation discrimination.

When it comes to sexual orientation issues, it is restraint rather than activism that has usually been a hallmark of the Strasbourg approach to interpreting the Convention. So, whilst Sumption would have us believe that the Court has invented mechanisms – like its “living instrument” doctrine – to enable it to give rights away to everyone, the reality is that the Court is usually very careful and cautious in evolving its interpretation of the Convention. And in terms of sexual orientation discrimination, the Court’s approach has often proved extremely frustrating and damaging.

For example, take the criminalization of private same-sex sexual acts between consenting adults. Although such criminalization no longer exists in Europe, it did exist in several countries when the Convention came into force. In 1955, a man who had been imprisoned in Germany for “two cases of homosexuality” under law previously enacted by the National Socialist German Workers’ (Nazi) Party complained to Strasbourg about his treatment. Strasbourg rejected the complaint and, in relation to the right to respect for private life enshrined in Article 8 of the Convention – which Sumption claims has been stretched beyond recognition by the Court – stated that this permitted a state to make homosexuality a punishable offence. It took 26 years for Strasbourg to change its mind on this when, in the famous case brought by Jeffrey Dudgeon, it declared that the complete criminalization of same-sex sexual acts in Northern Ireland was in violation of Article 8. However, even in 1981, Strasbourg was quite comfortable to let the UK maintain a higher minimum age for male same-sex sexual acts, and it was only in response to a complaint by Euan Sutherland in the late 1990s that Strasbourg recognized that an unequal “age of consent” was in violation of the Convention.

Nearly every aspect of sexual orientation discrimination complained about in the Court has followed the same pattern. Complaints about such discrimination have been rejected time and time again, until Strasbourg has finally come around to recognizing a further aspect of “gay rights” under the Convention. And this is because the Strasbourg approach is always cautious and, as Judge Sicilianos has put it, the Court has “always sought to avoid the evolutive interpretation of the Convention from being perceived … as a sort of ‘carte blanche’ allowing for excessive liberties with the text of the Convention”. The Court has avoided such excessive liberties by developing interpretative mechanisms that pay attention to the intentions of those who wrote the Convention, and the “present-day” conditions in which the Convention operates. One such way that the Court does this is by taking into account European consensus on certain issues that come before it, so as to be guided by “present-day” conditions rather than its own view of what societal conditions should be.

The Court’s restrained approach is often a disaster for gay men and lesbians. The clearest contemporary example of this is the Court’s repeated refusal to recognize that the right to marry enshrined in the Convention places states under an obligation to grant same-sex couples access to marriage. Completely contrary to Sumption’s view of what the Court does, the Court has resolutely refused to evolve its interpretation of the right to marry in such a way that would make same-sex marriage an effective human right. As such, the Court’s current position makes the Convention inapplicable to same-sex couples who are excluded from marriage in European countries, including in one part of the UK.

So I am irked by Sumption’s claims that the Court is usurping state power and meddling in things that should be left to governments and the ballot box. Not only is this not true, some of us wish it were true. If you are a gay man or lesbian in a European country where you have very few rights, are subject to horrendous forms of discrimination, and are at the mercy of a majority who will not support legal change by parliamentary means, then you look to the Strasbourg Court for help. Unfortunately, because the Strasbourg Court often behaves in exactly the opposite way to how Sumption describes it, it is often unwilling to extend the protection of the Convention to gay men and lesbians in ways that would challenge homophobic domestic laws. To put it simply, when gay men and lesbians knock at Strasbourg’s door and ask for help, they very often have the door slammed in their faces.

The European Court of Human Rights is the conscience of Europe. It interprets a Convention that opens with the commitment to the maintenance and further realization of human rights. To further realize human rights the Court must evolve its interpretation of the Convention and, therefore, it must be encouraged to do so. We – the “everyone” that the Convention secures human rights and fundamental freedoms to – must demand, encourage and support the Court in interpreting the Convention in ways that challenge prevailing forms of inequality and discrimination in European countries. That’s why Sumption is wrong that human rights law should not, for the most part, be used to decide sensitive issues which should be decided through the ballot box. Such a view encourages Strasbourg to be cautious; on the contrary, we should encourage Strasbourg to be bold in realizing a vision in which human rights law prevails in Europe.

This post was first published at EU Law Analysis:
http://eulawanalysis.blogspot.com/2019/06/jonathan-sumptions-view-of-human-rights.html