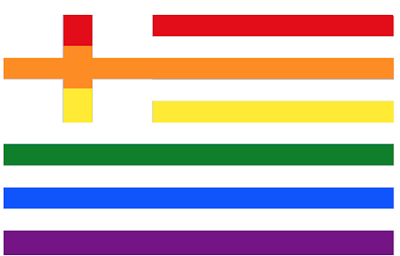 The First Section of the European Court of Human Rights has communicated the case of Elissavet Barmaxizoglou and Others v Greece, which probably comprises the largest group of applicants to have ever jointly taken a case to Strasbourg about sexual orientation discrimination.
The case is brought by 324 applicants, who form 162 same-sex couples, and concerns the discrimination they allege to have suffered before Greece created legislation allowing them to gain legal recognition of and protection for their relationships.
The facts
The 162 same-sex couples lodged their application with the Court on 21 July 2014, complaining about the law (Law no. 3719/2008) which entered into force in 2008 and made provision in Greece for an official form of partnership, known as ‘civil unions’ (σύμφωνο συμβίωσης), distinct to marriage. This law permitted only different-sex couples to enter into civil unions and, as such, excluded same-sex couples.
The 162 same-sex couples argue that, because the law did not allow them the possibility of entering into a civil union, they suffered a violation of their right to respect for private and family life under Article 8 of the Convention taken alone and in conjunction with Article 14.
Vallianatos and Others v Greece
The timing of this application is crucial. It was lodged after the Grand Chamber of the Court held in Vallianatos and Others v Greece in 2013 that the exclusion of same-sex couples from civil unions amounted to a violation of Article 14 of the Convention taken in conjunction with Article 8 (I wrote about that judgment here the day after it was given). However, it was lodged before an amendment to the law in Greece in 2015 that enabled same-sex couples to enter into civil unions.

Question to the Parties
The Court has asked the parties the following question:
Has there been a violation of the applicants' right to respect for private life and the prohibition of discrimination, in respect of Article 8 taken alone and in conjunction with Article 14 of the Convention, for the period between the adoption of the law introducing civil unions only for different-sex couples and the change in the law that allowed same-sex couples to enter into civil unions?
Short commentary
A crucial factor in this case is that the applicants lodged their complaints before the change to the law in Greece that enabled same-sex couples to enter into civil unions. At the time they lodged their application, the 162 same-sex couples could reasonably claim to be the victims of a violation of Convention rights in the same manner as the applicants in Vallianatos and Others v Greece. Although, at the present time, the violation suffered by the applicants has been resolved by the change in Greek law, the Court can still consider the violation complained of at the material time (see, for example, B.B. v the United Kingdom). Whilst Article 37 of the Convention allows the Court to strike an application out of its list of cases where the circumstances lead to the conclusion that the matter has been resolved, the Court will continue the examination of the application if respect for human rights as defined in the Convention requires it. If the Court continues to examine this application, which it likely will, it will almost certainly find, following Vallianatos, that the applicants were suffering a violation of the Convention up to the point that domestic law changed. Given that the Court awarded 5,000 Euros to each applicant in Vallianatos in respect of non-pecuniary damage, this could mean a significant bill for the Greek government. If the Court awarded non-pecuniary damage at the same rate as Vallianatos it would amount to 1,620,000 Euros in total. However, the Court may award less or even no non-pecuniary damage. Perhaps the Greek government will acknowledge its limited chance of defending this case and opt for a friendly settlement? If the government does that, it will undoubtedly have to enter into some form of financial settlement. The government may, therefore, opt to let the Court find a violation and hope that it reaches the conclusion that the finding of a violation itself constitutes adequate means of redress (without the payment of non-pecuniary damage).