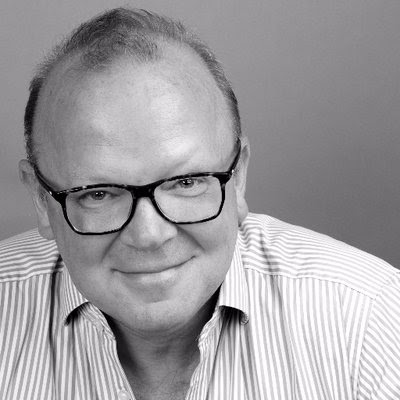 One of the world's greatest champions for human rights has very sadly left us. All who knew Jonathan admired his tireless passion for, and energy for realising, the human rights of all people, including LGBT people. I'm sure there will be celebrations and commemorations of Jonathan's life and work in times to come, but today I am remembering his absolute and profound commitment to cherishing and elevating human dignity, which is encapsulated in his words below.

"Dignity Matters",
by Jonathan Cooper OBE
The central human rights question for the UK is does it adequately protect the right to human dignity? The answer to that quandary is that dignity is only just adequately recognised in law. The limited protection dignity is guaranteed in law in the UK comes from the ECHR [European Convention on Human Rights] via the HRA [Human Rights Act 1998], which is why tinkering with the HRA should be avoided. An unexpected consequence might be that the nascent right to human dignity is stifled as a consequence.
Human dignity matters. It is a recognition of individual worth. Without an express right to human dignity, human rights law can remedy the consequences of violations of human rights but cannot always guarantee human dignity. Rights may be able to address violations that contribute to the encroachment on dignity but there are circumstances where human rights are insufficient to recognise the real harm caused, which is a denial of human dignity.
To over formalise the definition of human dignity, it prohibits instrumentalisation or objectification of human beings. What does this mean? People are not objects. Any dealings with people must recognise their inherent value. Dignity requires we always treat a person as an end in themselves, not as a means to an end.
Dignity will be engaged and likely violated when persons are denied their identities as individuals and are only characterised by being lumped within a group. Individualism becomes merged into a mound: a group which is defined by others. That denial of the person means that those who are defined as part of that group can be derided and demeaned.
Taken to its extreme, this denial of dignity leads to the horrors of genocide. The Jews, Bosnian Muslims and the Tutsi were all diminished as individuals. They were denied their equality, humanity and dignity. Their individualism was negated. They ceased to be persons and became defined by the group identity that they had been given to justify their persecution. Apartheid in South Africa is another example. Slavery is only possible when dignity is denied.
The UK witnesses the consequences of this denial of dignity for Black, Asian and minority ethnic people. The Windrush scandal is a textbook example of the consequences of sidestepping human dignity. Women have been similarly disregarded. The disabled become that. They cease to be people. Those who are poor can be similarly left without dignity.
The right to human dignity has been recognised as being particularly relevant to LGBT people. For millennia LGBT people have been tormented, criminalised and erased. The ability of LGBT people to form intimate, loving sexual relations has been ridiculed and rebuffed. The levels of violence LGBT people have been subjected to are unimaginable. LGBT people have lived the lives of outlaws, with no state protection. As recently as the 1950s a British Home Secretary had committed to “remove the scourge” of LGBT people from society. Such threats continue to be made by governments across the globe. It is not an over exaggeration to assert that if LGBT people could have been deliberately and systematically destroyed, they would have been. Except they keep being born.
The consequences of the stereotyping of LGBT people is a classic example of the denial of dignity. The human right to private life has helped, as has freedom of expression, as well as the prohibition on discrimination and increasingly the prohibition on inhuman treatment, but the right that encapsulates the harm done to LGBT people is the denial of dignity.
In the absence of an enforceable right to human dignity, the treatment of LGBT people was justified because they were labelled unequal. And this inequality was reinforced by rules and law. And whilst the law recognised that inequality, and reinforced it, there was no reason to believe LGBT people were worthy of dignity.
Extract from Cooper, J. (2021) "The Human Rights Act: Delivering Rights and Enhancing Dignity" available here.