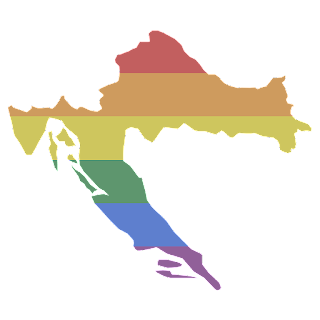 The First Section of the European Court of Human Rights, sitting as a Committee of three judges, has declared the complaints in Vlado Đurkan and Others v Croatia inadmissible. All of the applications concerned the applicants’ right of access to the Supreme Court of Croatia in discrimination-related cases.

One of the applicants was Lezbijska grupa Kontra, a feminist non-governmental organization that promotes the human rights of lesbians.

Lezbijska grupa Kontra lodged a class action against a religion teacher of an elementary school because she had allegedly told the children during class that homosexuality was “an illness”.

Section 23 of the Prevention of Discrimination Act provides that an appeal on points of law with the Supreme Court shall be allowed in all cases concerning allegations of discrimination.

Under the Civil Procedure Act (“the CPA”) in force at the material time, parties could lodge an appeal on points of law with the Supreme Court in very limited circumstances, such as in certain types of employment disputes, or if the value of the subject-matter in dispute reached a certain threshold (so-called “ordinary” appeal on points of law under section 382(1) of the CPA).

In all other cases, parties could lodge a so-called “extraordinary” appeal on points of law only if they persuaded the Supreme Court that their case raised a point of substantive or procedural law which was important for the uniform application of the law (section 382(2) of the CPA). In the latter situation, the parties were expected to formulate specific questions and explain why the point raised in their case was important for ensuring the uniform application of the law.

Lezbijska grupa Kontra complained, under Article 6 § 1 of the Convention, about the unjustified restriction of their right of access to the Supreme Court, maintaining that their appeals on points of law should have been treated as “ordinary” and therefore not declared inadmissible.

Lezbijska grupa Kontra also complained, under Article 6 § 1 taken alone and in conjunction with Article 14 of the Convention, about the excessive length and the unfairness of the domestic proceedings, including the lack of a public hearing and the failure to hear witnesses.

In respect of all of the applications, the Court reiterated that it is in the first place for the national authorities, and notably the courts, to interpret and apply the domestic law. This applies in particular to the interpretation by courts of rules of a procedural nature. The Court’s role is confined to ascertaining whether the effects of such an interpretation are compatible with the Convention.

The Court further reiterated that the manner in which Article 6 § 1 applies to courts of appeal or of cassation depends on the special features of the proceedings concerned and that the conditions of admissibility of an appeal on points of law may be stricter than for an ordinary appeal.

Therefore, in order to satisfy itself that the very essence of the applicants’ right of access to court was not impaired, the Court stated that it must examine whether the Supreme Court’s decisions to declare their appeals on points of law inadmissible could be regarded as "foreseeable" having regard to the relevant legislation and the case-law at the material time.

The Court also noted that the situation complained of no longer obtains, because of subsequent developments in legislation and Supreme Court practice.

In respect of the complaint under Article 6 § 1 taken alone and in conjunction with Article 14 of the Convention the Court stated that it did not meet the admissibility criteria set out in Articles 34 and 35 of the Convention or disclose any appearance of a violation of the rights and freedoms enshrined in the Convention or the Protocols. As such, the Court rejected this part of the application in accordance with Article 35 § 4 of the Convention.
Further reading
For a background to this case, see an article published in 2016 in Večernji list (in Croatian, translated into English by Google Translate).