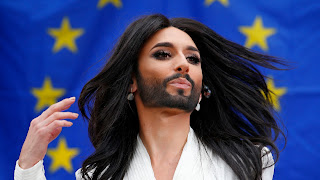 The First Section of the European Court of Human Rights has communicated the case of Minasyan and Others v Armenia.

The facts of the case

The applicants in the case are activists, and some of them are LGBT activists. The applicants were involved in a press conference on Facebook, in which the Armenian jury members of the 2014 Eurovision song contest allegedly said that they had awarded the lowest points to Conchita Wurst because of their "internal revulsion", adding that “just like mentally-ill persons cause aversion, so do such phenomena”. The applicants challenged the jury members, pointing out that their comments were "discriminatory, hateful, intolerant, unconstitutional, inhumane and offensive to sexual minorities and persons with mental disabilities".

In May 2014, an article was published on the website of Iravunk (Law) newspaper, apparently written by its editor-in-chief, entitled “They Serve the Interests of International Gay Lobby: the Black List of Enemies of the Nation and the State”, which made a number of allegations. The article said things such as:


“Lobbyists of gay interests are trying to establish their game rules in our country in an aggressive manner. In connection with the disgusting phenomenon of so-called Eurovision, they started harassing and breaking people who voiced their personal natural disgust towards the human waste called Conchita".

The article went on to state:


"The aims of the gay lobby are quite obvious: to establish such game rules that would drastically limit the population’s capacity to reproduce, while combat-readiness of the generation eligible for military service would be reduced to zero".

The article was followed by a list of hyperlinks to a number of Facebook profiles, including those of the applicants. The article called on people not to, for instance, employ members of the "gay lobby".

Some of the applicants requested the article be retracted, but the newspaper responded by publishing a further article entitled: “And They Still Dare to Request a Retraction?”

In June 2014, the applicants instituted civil proceedings against the newspaper and its editor-in-chief, claiming that the statements made in the article contained insults and pursued the sole purpose of tarnishing their honour and dignity, and, furthermore amounted to incitement to hate and discrimination.

The newspaper kept publishing critical articles about the applicants.

In October 2014, the District Court of Yerevan dismissed the applicants’ claim. The District Court held that the article "did not aim to insult the applicants but simply contained an element of journalistic exaggeration and provocation". The District Court also told the applicants that, when the joined the Facebook discussion, they should have "shown more tolerance towards the critical statements which were part of an open debate and concerned the instilling of homosexual and similar ideas in society and not deviating from a Christian path, rather than constituting personal insults".

In March 2015, the Civil Court of Appeal dismissed the applicants’ appeal and upheld the judgment of the District Court. In April 2015, the applicants lodged an appeal on points of law, which was declared inadmissible.

The applicants' complaints to the Court

The applicants complain that:
Questions to the Parties

The Court has asked the Parties the following questions:
What will the Court's decision be?

The key issue in this case seems to be whether the actions of the newspaper fall within the protection of the right to freedom of expression (guaranteed by Article 10) or whether such actions could have been (and should have been) subject to legitimate restriction by the state. Such restriction could have taken the form of the domestic courts recognising the applicants' grievances and taking appropriate remedial action against the newspaper. The grounds for the restriction could be that the activities of the newspaper interfere with the private and family life of the applicants in a way that is unacceptable under the Convention, particularly because they constitute discrimination on the basis of sexual orientation under Article 14 taken in conjunction with Article 8.

If it is accepted that the actions of the newspaper constitute "hate speech", then the capacity of the state to assert that the newspaper had a right to freedom of expression under Article 10 (protectable by the domestic courts) will be severely curtailed. This is because the Court has established that homophobic hate speech may not be protected by Article 10 (Vejdeland and Others v Sweden) and that states are under a positive obligation to protect LGBT people from hate speech under Article 3 taken in conjunction with Article 14 (Identoba and Others v Georgia). Moreover, the Committee of Ministers of the Council of Europe, in its Recommendation CM/Rec(2010)5, has been clear that states should


"take appropriate measures to combat all forms of expression, including in the media and on the Internet, which may be reasonably understood as likely to produce the effect of inciting, spreading or promoting hatred or other forms of discrimination against lesbian, gay, bisexual and transgender persons. Such “hate speech” should be prohibited and publicly disavowed whenever it occurs".

There would appear to be a compelling case for the Court to regard the actions of the newspaper as hate speech. Depicting "gays" as the "enemies of the nation and the state" would appear to fall squarely within the definition of hate speech formulated by the Committee of Ministers in its Recommendation No.R(97)20, as


"forms of expression which spread, incite, promote or justify ... hatred based on intolerance, including: intolerance expressed by aggressive nationalism and ethnocentrism, discrimination and hostility against minorities..."

If it is accepted that the newspaper's activities constitute a form of hate speech, such activities would be unlikely to be protectable under Article 10. This is because, as Article 17 makes clear, Article 10 cannot be interpreted as granting any person the right to engage in any activity that destroys the rights and freedoms guaranteed by the Convention. The rights and freedoms which cannot be destroyed would, in this case, appear to be the right of the applicants to be free from discrimination on the grounds of sexual orientation in the form of expressions of hatred against them.