"Gay cake" judgment in the UK - some further thoughts 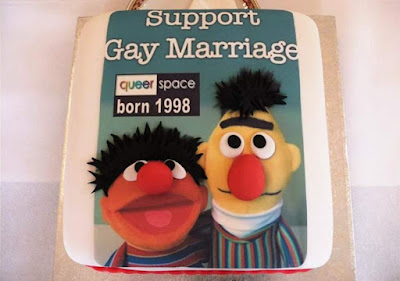 On the day that the UK Supreme Court issued its judgment in the now famous “gay cake” case, I wrote that, in my view, the judgment was wrong on legal grounds.

I believe that the Supreme Court has misinterpreted the scope and purpose of UK law and, in doing so, deprived people of a level of protection against discrimination on the grounds of sexual orientation that the law was designed to guarantee them.

Since the judgment, I’ve been genuinely astonished by the level of support that it has received from people with widely different views. Although my principle reason for believing that the Supreme Court judgment is wrong is based on legal grounds (my reasoning is outlined here) I offer some further general thoughts below on the judgment in the context of the wider public debate.

The late, great James Baldwin – for many, a gay hero – said:

“History is not the past, it is the present. We carry our history with us. We are our history.”

Yet, in the public debate on the “gay cake”, our history seems to have got lost. This history – the history of gay people in Western Europe – is a long history of violence and oppression perpetrated against us, often motivated and carried out by or on behalf of religious individuals and groups.

Religious individuals and organizations have, historically, been at the forefront of ensuring that people have been criminalized for engaging in same-sex sexual acts, or been denied equal treatment on the grounds of their sexual orientation. That’s certainly true in Northern Ireland – home of the “gay cake” case – where religious individuals and organizations continue to frustrate progress towards equal treatment of gay people, even when there is majority support for it.

The relationship between homosexuality and religion is complex and multi-faceted. Certainly, in the 20th century, some “progressive” religions – such as Quakers and Unitarians – became more supportive of gay people and now champion us. Yet, however much we mustn’t simplify the relationship between homosexuality and religion, its history is overwhelmingly characterised by the hostility of faith groups towards gay people and to same-sex intimate relationships.

Gay people in the UK today live with religious hostility directed towards us all of the time. This hostility is engrained in the very fabric of daily life and accepted by most people as entirely unremarkable. The fact that, for example, over 99.5% of places of worship in England and Wales that marry different-sex couples cannot or will not marry same-sex couples hardly raises the public eyebrow.

Gay people in the UK – religious and non-religious – live with an awareness that faith-based hostility towards us can be a significant threat. We look around the world to countries where faith is the basis on which gay people are executed or sent to prison, and we shudder. We shudder knowing that those things once happened here, in the UK, and, when they did, those with fervent religious beliefs often fueled them.

In the context of this history, gay people ask for one thing: not to continue to suffer discrimination based on our sexual orientations. In other words, to be treated equally.

The law in the UK has developed in piecemeal fashion towards the ideal of equal treatment based on sexual orientation.

In 2006 – only 12 years ago – the UK Parliament enacted the Equality Act 2006 which allowed for Regulations to be made to address discrimination or harassment on grounds of sexual orientation in a number of areas, including goods and services. Parliament did make those Regulations, and it is the Regulations for Northern Ireland that are the primary relevant law in the “gay cake” case.

The 2006 Regulations prohibited, for the first time, a person providing a commercial service from discriminating against a person on grounds of sexual orientation (in the same way that a person cannot be discriminated against on grounds of religious belief).

From the outset, certain religious individuals and groups turned upon the Regulations. For instance, a Private Member’s Motion in the Northern Ireland Transitional Assembly called upon the Government to withdraw the Regulations on the basis that they "threaten to override the consciences and rights of free speech of Christians and others who object to homosexual practice". A similar argument was made in the House of Lords when a motion was moved that the Regulations be annulled because of the threat they posed to "religious liberty". When several religious organisations challenged the Regulations through judicial review, the High Court of Justice in Northern Ireland set aside a provision prohibiting harassment, significantly weakening the protection available to gay people.

Yet, despite this faith-based hostility, the Regulations did come into force and, for the last 12 years, created a settlement which meant that, just as a gay shop owner or worker couldn’t refuse to provide a service on the grounds of religion, neither could a Christian shop owner or worker refuse to provide a service on grounds of sexual orientation.

It’s about dignity, not just a cake

The recent settlement was a good one because it was respectful of human dignity. It meant that, in the area of commercial trading – not at home, not in a place of worship – people had to treat customers fairly regardless of sexual orientation (or religious belief).

That settlement has now been put into question by the “gay cake” judgment of the Supreme Court. The judgment opens the way for faith-based prejudice of homosexuality and same-sex relationships to creep back into this area of life, because it diminishes the law prohibiting discrimination on grounds of sexual orientation.

Whereas the service provider in the “gay cake” case (Ashers Bakery) could hitherto have been said – as District Judge Brownlie so clearly explained in the original County Court judgment – to have discriminated on grounds of sexual orientation by refusing to supply a service because of their bible-based opposition to same-sex marriage, the UK Supreme Court says this is not the case.

Consequently, the “Ashers couple” have urged other Christians to “take a stand” and, undoubtedly, some will. Some religious individuals and groups will take great strength from the Supreme Court judgment, seeing it as an opportunity to pursue an agenda of depriving gay people of equality and, ultimately, dignity.

What lies ahead is, almost certainly, a rise in faith-based discrimination of gay people and those in same-sex relationships.

No victory for Christians, or anyone else

The diminishment of such regulation, and the freedom it provides, is not something to celebrate. It is a tragedy. It is a tragedy for all of us – of whatever sexual orientation or faith – because this legal regulation is the means by which our society rightfully demands that we, its citizens, treat each other equally. When such regulation is removed no one wins, because everyone potentially becomes more vulnerable to discrimination.