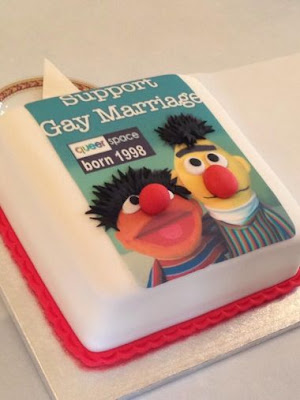 Today's judgment of the UK Supreme Court in the now famous Northern Ireland "gay cake" case (Lee (Respondent) v Ashers Baking Company Ltd and others (Appellants) (Northern Ireland)) is, in my opinion, wrong. It is wrong because it fails to uphold UK law designed to protect people from discrimination on the grounds of sexual orientation.

The facts of the case are well known: Ashers Baking Company refused to supply a cake iced with the message "support gay marriage" because of the religious belief of its owners that "gay marriage" is inconsistent with Biblical teaching and therefore unacceptable to God.

The UK Supreme Court has decided that this refusal does not constitute unlawful discrimination because "the objection was to the message and not to any particular person or persons".

In other words: "The bakery would have refused to supply this particular cake to anyone, whatever their personal characteristics. So there was no discrimination on grounds of sexual orientation".

Many thousands of words will be written about the moral and philosophical aspects of this decision, but in my opinion the judgment is wrong purely from a legal point of view.

The primary relevant law in this case is contained in the Equality Act (Sexual Orientation) Regulations (Northern Ireland) 2006. These Regulations provide that it is unlawful for any person concerned with the provision of goods to the public to discriminate against a person who seeks to obtain or use those goods by refusing to provide them. Direct discrimination, for this purpose, is defined as follows:

"a person (“A”) discriminates against another person (“B”) if [...] on grounds of sexual orientation, A treats B less favourably than he treats or would treat other persons".

Why the bakery violated the law

In my view, the bakery violated the law because it refused to provide goods "on grounds of sexual orientation".

The fact that the person attempting to buy the cake was gay is irrelevant. Regardless of his sexual orientation, he suffered discrimination because he was treated less favourably "on grounds of sexual orientation".

The person that may have received more favourable treatment from the bakery is the person that attempted to buy a cake with the message "support marriage" on it. This message, in the context of Northern Ireland, where marriage is restricted to different-sex couples, is implicitly linked to sexual orientation (heterosexuality). The bakery is not against heterosexual marriage and would presumably have supplied a cake stating "support marriage", thus treating the purchaser more favourably on grounds of sexual orientation.

History of this law, and religious objections to it

It's important to remember that people in the UK have had protection from discrimination on grounds of sexual orientation in the area of goods and services for only 12 years.

As Professor Robert Vanderbeck and I outlined in our book Law, Religion and Homosexuality, some religious groups and individuals have always objected to people having this form of legal protection.

When the 2006 Regulations were being brought into existence by the UK Parliament, a Private Member’s Motion in the Northern Ireland Transitional Assembly called upon the Government to withdraw the Regulations and much of the support for this motion focused on the "unfair and discriminatory" treatment of Christians. A similar argument was made in the House of Lords by Lord Morrow when he moved a motion that the Regulations be annulled because of the threat they posed to "religious liberty".

When the 2006 Regulations came into force, several religious organisations sought to challenge them through judicial review. As a result, the High Court of Justice in Northern Ireland set aside the harassment provision in the Regulations, significantly weakening the protection available to gay people.

When legislation similar to the 2006 Northern Ireland Regulations was introduced in Great Britain in 2007 there was also significant religious hostility to it.

The law is right, the UK Supreme Court is wrong

In Northern Ireland, discrimination in the provision of goods "on the ground of religious belief" is prohibited. Thus, if a person went into a commercial bakery owned by a gay man and asked for a cake displaying the message "support Christian marriage" it would be unlawful for the gay man to refuse to provide the cake on the grounds that he did not approve of Christian marriage.

Likewise, the UK Supreme Court should have held that a Christian baker refusing to provide a cake displaying the message "support gay marriage" because they did not approve of "gay marriage" was unlawful discrimination on grounds of sexual orientation.

The reasoning of the Supreme Court that the bakery did not refuse to supply the cake on grounds of sexual orientation (because their objection was to the message and not to any particular person or persons) is, in my view, entirely unconvincing. By contrast, I find utterly convincing District Judge Brownlie’s argument, in the original County Court judgment, that “[s]ame sex marriage is inextricably linked to sexual relations between same sex couples which is a union of persons having a particular sexual orientation” and it was an objection to same-sex marriage, and therefore to a particular sexual orientation, that was the grounds on which the bakery refused to provide the service.

The law, rightfully, attempts to protect equally all those with protected characteristics from discrimination. Unfortunately, the UK Supreme Court has lost sight of this and fallen foul, in my view, to the spurious notion that discrimination is permissible when it is based on "deeply held religious beliefs".