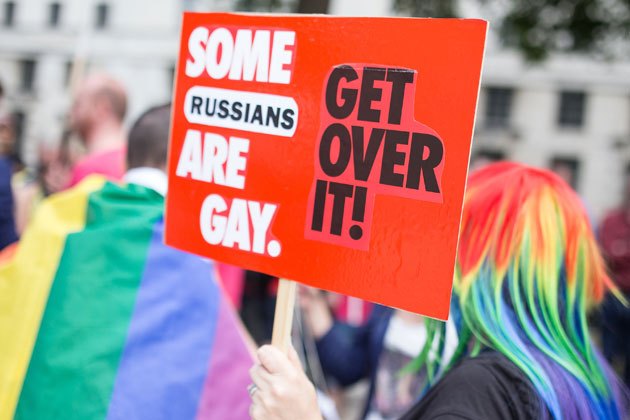 The Third Section of the European Court of Human Rights, sitting as a Committee, has given its judgment in Sozayev and Others v Russia. The case concerns the arrest and conviction of five applicants, in 2013, after they participated in a public assembly in front of the State Duma in Moscow in response to the legislative ban on the "promotion of non-traditional sexual relations among minors".

I wrote about the case when it was communicated in 2016.

On 6 June 2013 the mass media announced that the second and third readings of the bill banning the "promotion of non-traditional sexual relations among minors" were to take place on 11 June 2013 in the State Duma.

On 11 June 2013 at around noon a group of opponents of the bill, including the five applicants, came to the entrance of the State Duma building. Journalists were present there, as well as a group of conservative Orthodox Christian activists who were supporting the bill.

On various dates the domestic courts convicted the applicants under Article 20.2 § 5 of the Code of Administrative Offences and sentenced them to administrative fines.

Relying on the administrative records and reports and explanations of the police officers, the domestic courts found the applicants liable for violating the established procedure for the conduct of a public assembly on account of their participation in the unauthorised gathering. In particular, the courts considered unlawful that some of the applicants shouted slogans and/or failed to verify whether the gathering was legitimate.

The applicants complained of disproportionate measures taken against them as participants of a peaceful public assembly, namely their arrest followed by their conviction for an administrative offence. They relied, expressly or in substance, on Article 11 of the Convention (some applicants also invoked Article 10 of the Convention but the Court considered this to fall to be examined under Article 11).

The Court approached the complaints by focusing on the fact that the applicants were arrested, transferred to the police station and charged with administrative offences for the sole reason that the gathering had not been authorised.

In this respect, the Court referred to the leading cases concerning Russia in which it has already found a violation of the Convention in respect of issues similar to those in the present case.

"Having examined all the material submitted to it, the Court has not found any fact or argument capable of persuading it to reach a different conclusion as to the admissibility and merits of these complaints. Having regard to its case-law on the subject, the Court considers that in the instant case the measures applied to the applicants as peaceful participants in the public assembly did not correspond to a pressing social need and were thus not necessary in a democratic society" (§ 22).

The Court therefore concluded that the applicants had suffered a violation of Article 11 of the Convention.

Complaints under Articles 5 and/or 6

Complaints under Article 14 taken in conjunction with Article 11

The applicants complained that the dispersal of their gathering which called for equality for LGBT people amounted to discrimination on grounds of their sexual orientation and political views.

The Government submitted that the dispersal of the gathering was not due to the sexual orientation of its participants but due to their failure to comply with the official notification procedure.

The Court noted that it had found a violation of Article 11 of the Convention on account of the fact that the applicants had been arrested and charged with administrative offences for the sole reason that they had not duly notified the authorities of their gathering. Having regard to this conclusion and in the light of the material submitted to it by the parties, the Court did not consider that the complaint under Article 14 called for a separate examination.

This is a welcome judgment which addresses restrictions on the right to freedom of peaceful assembly generally, and the right to peacefully assemble to object to homophobic and transphobic laws. I would, however, question the Court's decision to not examine the complaints made by the applicants under Article 14 taken in conjunction with Article 11 of the Convention.

The applicants "highlighted that the administrative offence records in their cases quoted their slogans in support of the rights of LGBT people and that the courts’ decisions referred to the applicants’ chanting of ‘relevant slogans’ as a part of the behaviour for which they were persecuted" (§ 32).

Given that the applicants explicitly claimed that their treatment was motivated by discrimination based on sexual orientation, the Court should, in my view, have considered this under Article 14. To not do so runs counter to the Court's case law on sexual orientation discrimination and, in particular, the established principle that domestic authorities are under an obligation to take all reasonable steps to unmask the role of possible homophobic motives or bias (Identoba and Others v Georgia, § 77).

In this case, the Court appears to have accepted, at face value, the claim of the national authorities that the treatment of the applicants was not due to sexual orientation but, rather, their failure to comply with the official notification procedure required for public assembly. That may or may not be true but it certainly, in my opinion, merited proper consideration under Article 14 of the Convention.