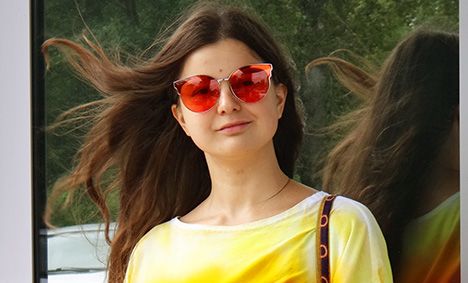 The Third Section of the European Court of Human Rights has communicated the case of Yuliya Vladimirovna Tsvetkova v Russia.

The case concerns administrative offence proceedings against Ms Tsvetkova, who was fined for publishing several posts on VKontakte (a Russian online social media and social networking service similar to Facebook) which were found to amount to “promotion of homosexuality among minors”.

No details have been provided by the Court regarding the nature of the online content. However, Ms Tsvetkova is a well known artist and activist in Russia and has been subject to several proceedings under Russia's "homosexual propaganda" laws. An article in the Moscow Times provides details of the proceedings, and information is provided by Amnesty International.

The principal provision in Russian federal law is Article 6.21 of the Code of Administrative Offences of the Russian Federation ("Promotion of non-traditional sexual relations among minors") which specifies:

Questions to the parties

1.  Did the applicant’s conviction of an administrative offence for “promotion of homosexuality among minors” violate her right to freedom of expression, contrary to Article 10 of the Convention (see Bayev and Others v. Russia, nos. 67667/09 and 2 others, 20 June 2017)

2.  Did the applicant suffer discrimination in the enjoyment of her Convention rights, contrary to Article 14 of the Convention read in conjunction with Article 10 (see Bayev and Others v. Russia, cited above)?

4.  Did the applicant have a fair hearing in the determination of the criminal charges against her, in accordance with Article 6 §§ 1 and 3 of the Convention? In particular,

- Did the lack of a prosecuting party and the allegedly excessively active role of the trial court entail violations of the principles of the equality of arms, adversarial procedure and impartiality under Article 6 § 1 of the Convention (see Karelin v. Russia, no. 926/08, 20 September 2016)?

- Was the applicant able to examine witnesses against her – in particular officers of the Federal Security Service and expert witnesses – , as required by Article 6 § 3 (d) of the Convention

The Court has communicated this case very quickly, given that it was lodged on 22 August 2020.

Whilst it is difficult to say with certainty what the outcome will be without knowing details of the online content, it seems highly likely that the Court will find a violation of Article 10 (either alone and/or in conjunction with Article 14) of the Convention.

The Court has previously made clear that it regards legislation regulating the "promotion of homosexuality" to "reinforce stigma and prejudice and encourage homophobia, which is incompatible with the notions of equality, pluralism and tolerance inherent in a democratic society" required by Article 10 of the Convention, and to embody "a predisposed bias on the part of the heterosexual majority against the homosexual minority" in violation of Article 14 taken in conjunction with Article 10 of the Convention (Bayev and Others v Russia, §§ 83 and 91).

The outcome regarding complaints about the lack of a fair hearing under Article 6 of the Convention will provide an important reflection on how the Russian domestic courts are dealing with cases brought under this legislation.