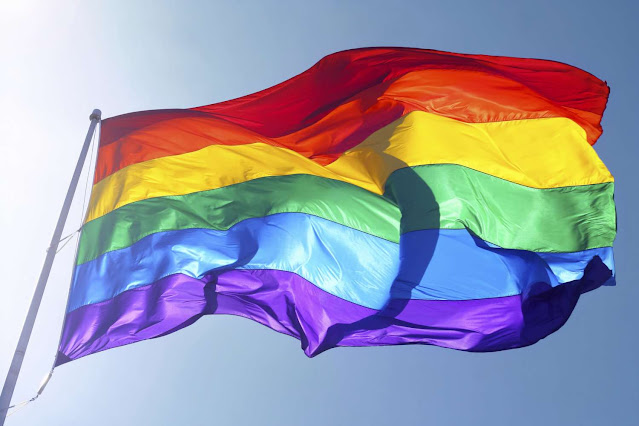 2020 is not a year any of us will forget. The coronavirus pandemic has brought unprecedented changes to our daily lives. Sadly, many people have endured the loss of loved ones because of the pandemic. Some people suffering discrimination and persecution - including LGBT people - have felt this intensify as a result of changes in society brought about by the pandemic. In many ways, a concern for and a need to protect human rights has never felt more urgent.

On the ECHR Sexual Orientation Blog I have tried, as always, to provide a factual and critical account of cases in the European Court of Human Rights (and wider developments in the Council of Europe) concerning sexual orientation discrimination. As usual, I have tried to provide readers with an insight into the facts of cases, a discussion of how the Court has approached them, as well as giving my own "point of view".

Below is an overview of much of the activity on the blog this year.

I want to thank everyone who stops by here from time to time to read about the Court and its cases. I have been writing this blog for 7 years now, and over that time I have made lots of new friends because of the blog and I really value that. Thank you for engaging with the material here!

I wish you all a very happy Christmas, in these difficult days, and a happy new year, in which I hope we all have brighter days.

Decisions and judgments of the European Court of Human Rights

The Court issued a number of important decisions and judgments relating to sexual orientation discrimination throughout 2020...

In January, the Court issued its judgment in the case of Beizaras and Levickas v Lithuania, holding unanimously that there had been a violation of the Convention in respect of the State’s failure to protect individuals from homophobic hate speech. The judgment is important because it explicitly addresses "hateful comments", including undisguised calls for violence, made by private individuals against the gay community via social media.

Also in January, the Court issued its judgment in Alekseyev and Others v Russia which concerned 77 applications made to the Court between November 2015 and June 2018 that primarily related to the ban, imposed by Russian authorities, on holding LGBT public assemblies. The Court found violations, but declared applications by Nikolay Alekseyev inadmissible as an abuse of the right of individual application (which I wrote about, in connection with an earlier case, here).

In June, the Court published its decision in the case of Carl Jóhann Lilliendahl v Iceland, in which it unanimously declared the application, by a 74-year-old man concerning a conviction in Iceland for anti-gay expression, inadmissible. The most striking aspect of the Court's decision was the clarification it contained regarding its approach to considering the expression of "hatred" against people on the grounds of sexual orientation.

In October, the Court issued its judgment in the case of Aghdgomelashvili and Japaridze v Georgia. The case concerned discriminatory ill‑treatment by the police on the grounds of sexual orientation and gender identity, and the absence of an effective domestic investigation of this ill-treatment. The violations found by the Court make an important contribution to its evolving jurisprudence on the interplay between Article 3 and Article 14 of the Convention in respect of acts of hatred (both physical and speech acts) against LGBT people.

In November, the Court issued its judgment in Sozayev and Others v Russia. The case concerned the arrest and conviction of five applicants, in 2013, after they participated in a public assembly in front of the State Duma in Moscow in response to the legislative ban on the "promotion of non-traditional sexual relations among minors". In finding violations of the Convention the judgment addressed restrictions on the right to freedom of peaceful assembly generally, and the right to peacefully assemble to object to homophobic and transphobic laws.

Also in November, the Court issued its judgment in B and C v Switzerland, which concerned the case of a gay man (in a same-sex relationship) challenging his deportation to a country (The Gambia) where he would be at risk of ill-treatment because of his sexual orientation. For the first time in its history, the Court held that returning an applicant to a non-European state where they would be at risk of ill-treatment on the grounds of their sexual orientation amounted to a violation of Article 3 (prohibition of torture) of the Convention.

And again in November, the Court issued its judgment in Honner v France in which it held that the refusal to award contact rights to the applicant in respect of the child which had been born to her former partner in Belgium using assisted reproductive techniques, while the two women were a couple, did not violate the Convention.

In December, the Court issued its judgment in Berkman v Russia. The case concerned the failure of police officers to ensure that an LGBTI event disrupted by counter-demonstrators proceeded peacefully, and the unlawful arrest of the applicant at the event. Finding violations of the Convention, the judgment was a further reiteration of the Court's now established principle that domestic authorities are under a positive obligation to ensure that LGBT+ people can exercise their right to freedom of peaceful assembly in circumstances free from homophobic hatred.

The Court communicated a range of new cases concerning sexual orientation discrimination throughout 2020, many of which I wrote about on the blog. I detailed...

Cases against Russia concerning employment discrimination, failure of the police to investigate violent hate crime, the deportation of a gay man to a country where he would be at risk, and "homosexual propaganda" laws.

A case against the United Kingdom concerning refusal to supply a gay man with a commercial service.

A case against Romania brought by eight same-sex couples concerning the lack of legal recognition of their relationships.

Cases against Lithuania concerning anti-gay hate speech, and restrictions placed on a book for children.

A case against France concerning access to a child.

A case against Greece, brought by 162 same-sex couples, concerning lack of relationship recognition.

And a case against Croatia concerning lack of access to a fair trial in respect of an allegation of sexual orientation discrimination.

There were a number of anniversaries this year connected to the Convention, and to sexual orientation discrimination, that I wrote about...

In January, the UK celebrated the 20th anniversary of the ban on gay people serving in the armed forces being lifted. The ban came to an end on 12th January 2000 and this was the direct result of judgments by the Court in 1999.

In November, the Convention had its 70th birthday.

Also in November, the UK celebrated the 20th anniversary of the legislation that brought about an equal "age of consent", which was significantly encouraged by litigation under the Convention. I summarised the legal history in a piece for Openly (which can be heard as a short podcast).

Other entries on the blog

In January, I wrote a piece about UK universities, freedom of speech, and trans issues.

In June, I detailed an article that I wrote in the European Human Rights Law Review about "gender critical" beliefs.

In September, I wrote a piece about why LGBT people in the UK should prepare to defend their human rights.

In October, I made available an updated chapter that aims to provide a comprehensive but condensed assessment of the historical development and current state of human rights protection offered to LGBT people by the Council of Europe and, importantly, identify the gaps that currently exist in that protection.

Also in October, I made available a draft of a new research article, written with Silvia Falcetta, which examines faith-based objections to the inclusion of LGBT content in "relationships education" in primary schools in England.

The readership of the blog is global, and four of the top ten countries for readership are outside of the Council of Europe: 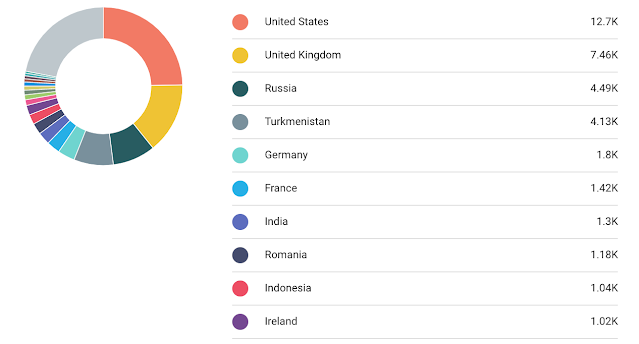